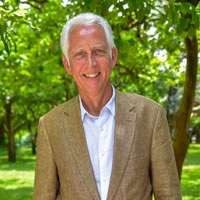 He has had ties with the organisation for several years, joined as Executive Director Designate in November 2016 and took the reins in June 2017.

Bob Wootton said:  “This is a function of success.  I’m proud of the achievements of the team which I have led for the past couple of years, not least its most successful Annual Congress in recent times (Sorrento in June 2018).

“But I came to realise that, as FEPE continues to grow and scale, it would demand more from me than my various other commitments would allow me to deliver.  I therefore tendered, and the Board accepted, my resignation so that FEPE can replace me with someone better able to dedicate a greater proportion of their time to the role.

“I will of course be available to the team as necessary during the transition and wish the organisation every continued success as it further builds its position as the global body for the out of home industry”.

Tom Goddard, Chairman of Ocean Outdoor and President of FEPE, said: "Bob has made a valued and lasting contribution to FEPE and we thank him sincerely for that. FEPE is now a much larger organisation and undertaking than it was even two years ago and it will be the job of our next Executive Director to prepare us for the opportunities and challenges our exciting future will bring."