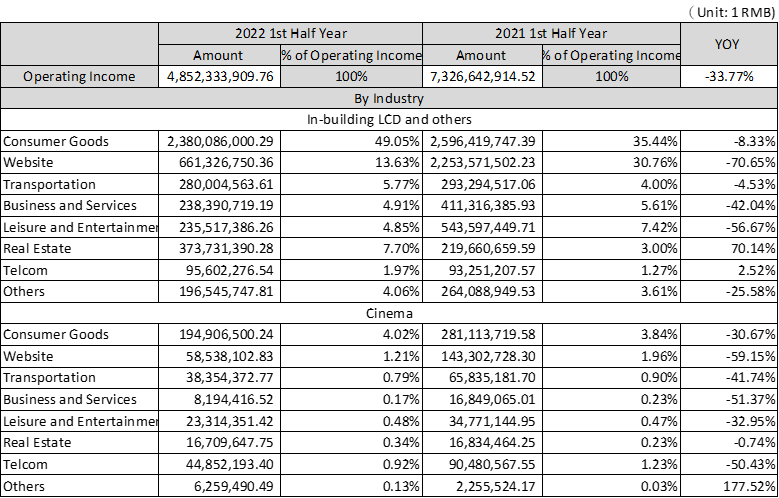 Focus Media said that due to the epidemic's impact since March, especially in April and May, the company could not release advertising in some key cities, and its business activities were greatly affected. Therefore, the operating performance in the first half of the year had a relatively substantial decline compared to the same period last year. Since June, with the improvement of the national epidemic prevention and control situation, the overall market demand for advertising demand has gradually recovered.

LATEST INDUSTRY NEWS: focusing on the top OOH stories of the week from around the world.