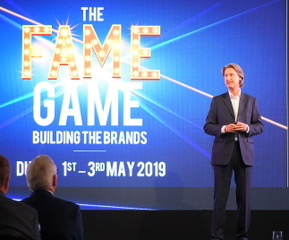 JCDecaux Co-chairman Jean-Charles Decaux addressed this in a masterly Keynote opening the 60th FEPE International Congress in Dubai (FEPE subsequently announced its rebrand to the World Out of Home Organization), on the theme “the clock is ticking.”

Jean-Charles painted a picture in which television and digital were converging rapidly with the current generation of consumers (and therefore advertisers ultimately) viewing them as completely interchangeable. In which case a gigantic medium accounting for about 80 per cent of world adspend will be created.

But this, he said, created a huge opportunity for ‘digital-ready’ Out of Home to grow its share from the current 6.7 per cent to ten per cent or over, becoming the clear alternative to TV/digital.

So how does Out of Home become the world’s second-biggest ad medium? Jean-Charles gave Congress delegates ten options to vote for, all important in their various ways.

The clear winner was "Connecting,” (24%) the ability of Out of Home to link with various devices (such as mobile) to target consumers according to their preferences, track people’s response to ads and even deliver purchases - while respecting their privacy, a big problem for conventional online operators.

Jean-Charles also took time to warn the industry to be mindful that anyone who tries to "swim against a strong current," is bound to lose in the end: a warning that businesses that alienate communities and fail to provide lasting value will ultimately fail.

One of the key tasks of an organisation like The World Out Of Home Organization (WOO) is to help its members navigate what is at times an uncertain future. This Keynote address from one of the Out of Home world’s acknowledged leaders did exactly that. 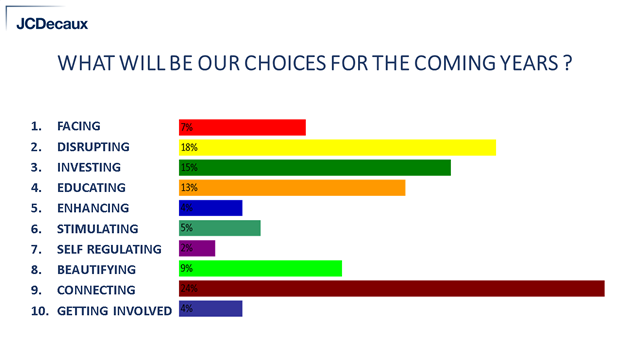