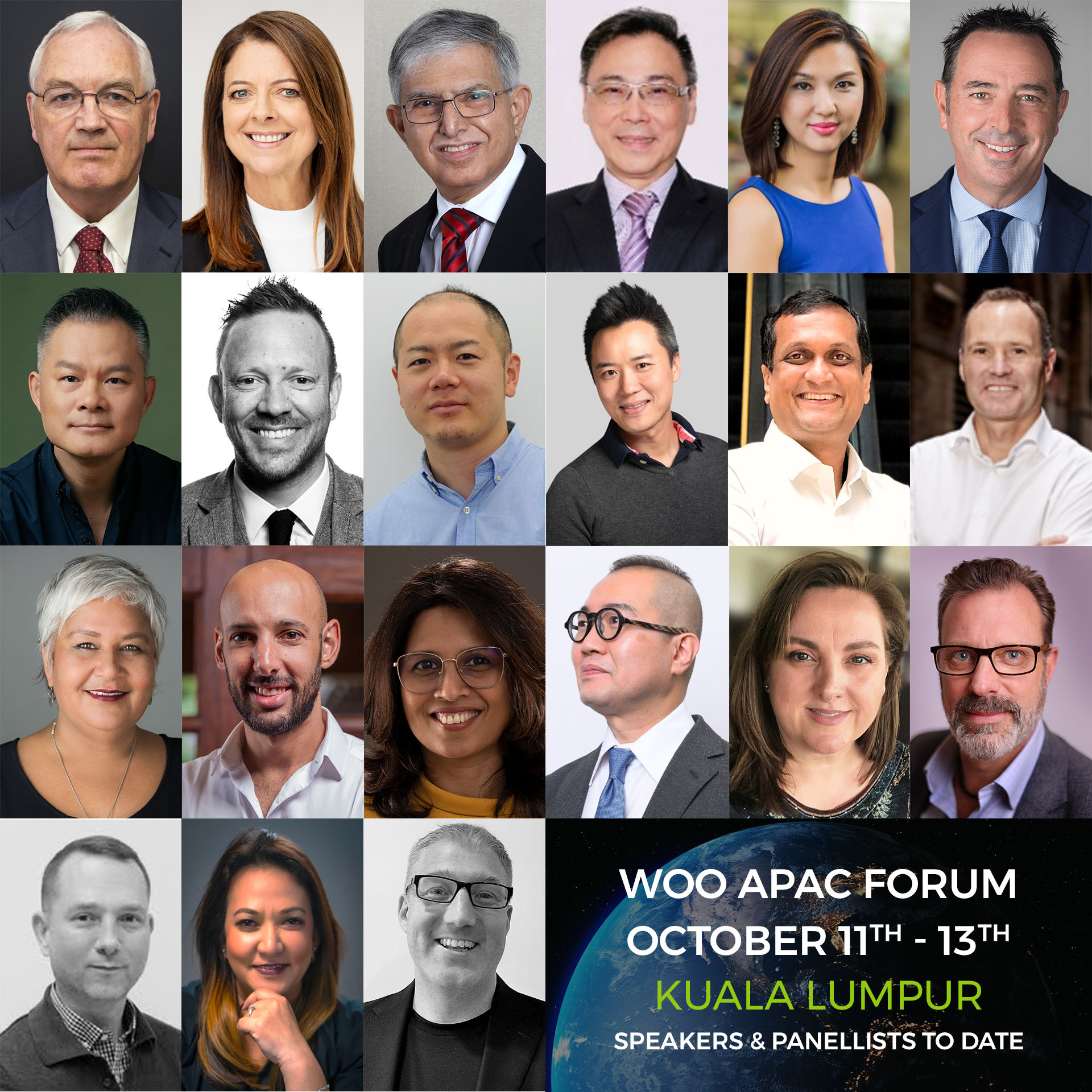 WOO APAC Forum: Top Speakers set to highlight the strengths and potential of OOH in the region

The World Out of Home Organization’s APAC Forum , to be held in-person in Kuala Lumpur, Malaysia, from October 11th to 13th, is set to highlight the increasingly dynamic development of OOH in the region and its immense potential for growth.

'Frames to Behaviours: A new approach to understanding audiences'. WOO's Next Webinar on September 27th at 1.00pm BST OPEN FOR REGISTRATION

The focus of the session, which will be run by Mark Flood who is Global Head of OOH at Ipsos, will be around the innovative shift from frame based modelling to behaviour, or activity, based modelling. This new technique results in the creation of a synthetic audience dataset, unlocking new insights around travel behaviour.

Women Of The C-Suite: Anna Bager Of OAAA On The Five Things You Need To Succeed As A Senior Executive C-Suite

Anna Bager, CEO and President of the OAAA (Out of Home Advertising Association of America) is a seasoned omnichannel media veteran. Prior to becoming CEO of the OAAA she spent eight years at the IAB as EVP of Industry Initiatives leading all digital, mobile, video and programmatic, measurement and data initiatives. 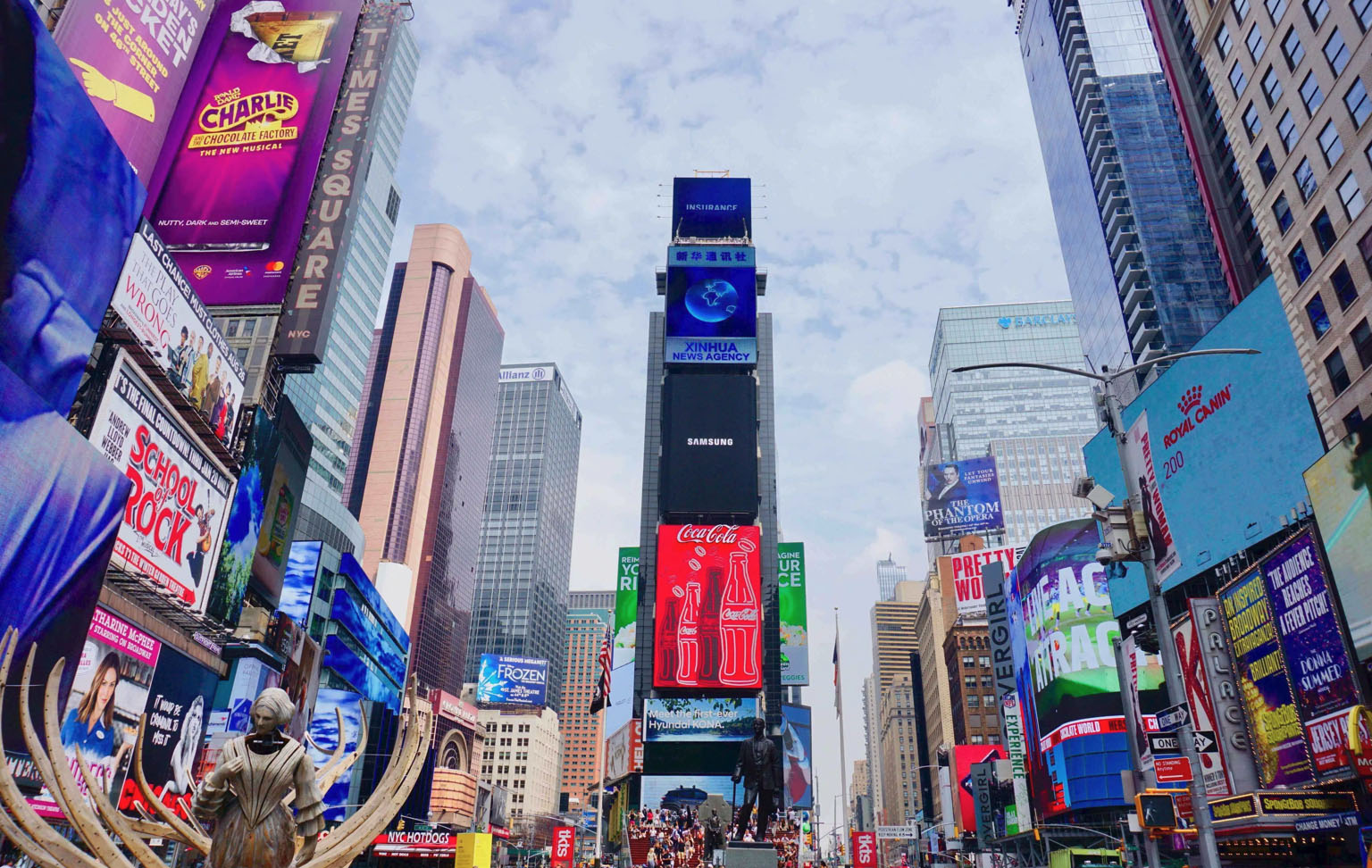 Outdoor advertising, along with out-of-home advertising, is advertising delivered to audiences outside of their homes via billboards, signs, and other kinds of visual or experiential media. These various formats account for thousands of locations and millions of screens and faces around the world.

What is Digital Out-of-Home (DOOH)?

Out-of-home (OOH) is an advertising channel that has existed for centuries. Long before digital took the reigns, marketers brought their messages to the streets.

For the first time since the start of the COVID-19 pandemic, the SDG Media Summit returned to United Nations headquarters on September 9th. More than 100 leaders in advertising, marketing, communications, public relations, broadcast, digital and technology sectors gathered at the UN to emphasize the role that media plays in promoting sustainable development and achieving the Sustainable Development Goals (SDGs) by 2030. 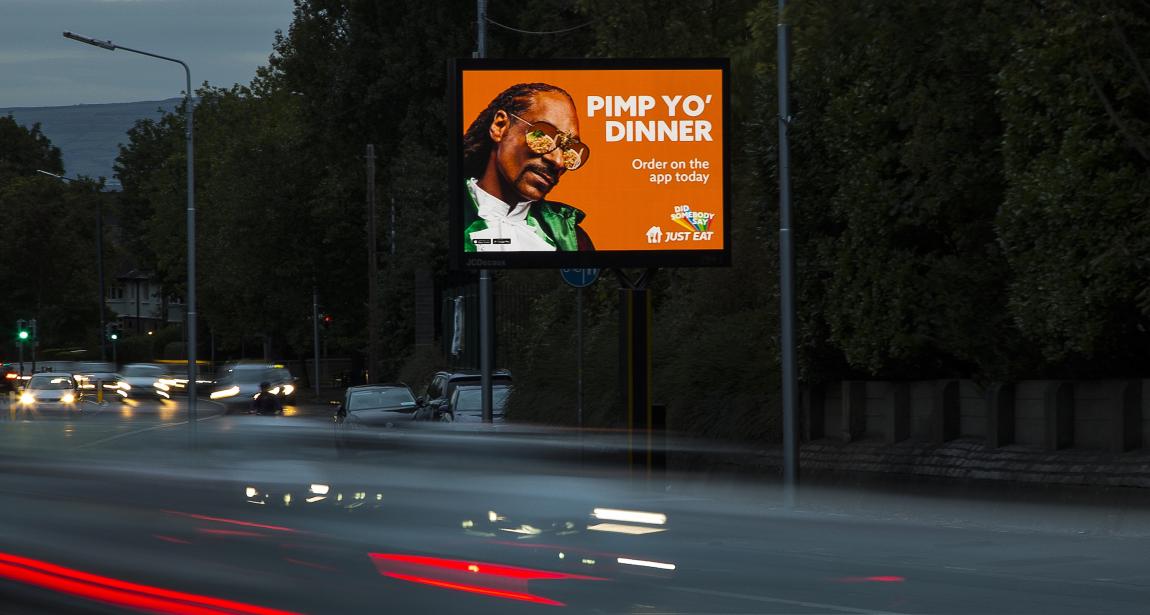 The debate and discussion about digital ad displays being turned off to save energy has spread from mainland Europe to Ireland. Sinn Féin Senator Lynn Boylan has called for the Irish government to restrict the operating hours of LED billboards to reduce energy demand during peak hours.

oOh!media in its first outfront 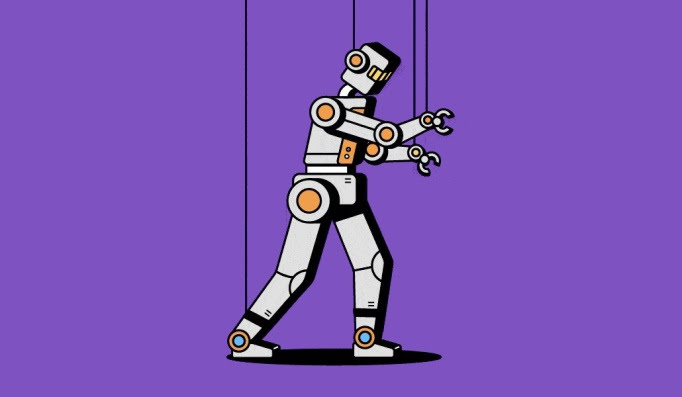 Dmexco is back and while many are still trying to figure out the role of the Germany-based conference when it comes to the global circuit, ad tech’s key talking points have moved on considerably after a two-year digital hiatus. 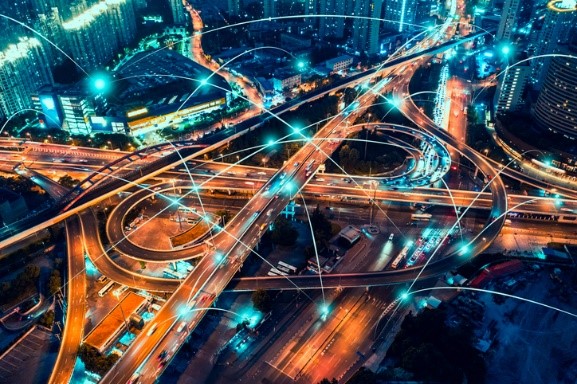 With change comes uncertainty and we all know that nobody likes nor adapts to change all that easily. The OMCs change to a new partner and new software is one that will no doubt get even the most doubtful of people excited.

Business moves quickly, making data interoperability a necessity across OOH and the larger media ecosystem. "Everything needs to be connected," Geopath President Dylan Mabin said, "the days of passing back and forth spreadsheets aren't sustainable."

Vistar Media and MFour today released survey findings on consumers’ financial services preferences and behaviors – from where and how consumers prefer to bank and spend money, to the top incentives they care about.

Hivestack, the programmatic digital out of home (DOOH) ad tech company today (September 15th, 2022) announced the expansion of its LATAM business with the launch of operations across Brazil. 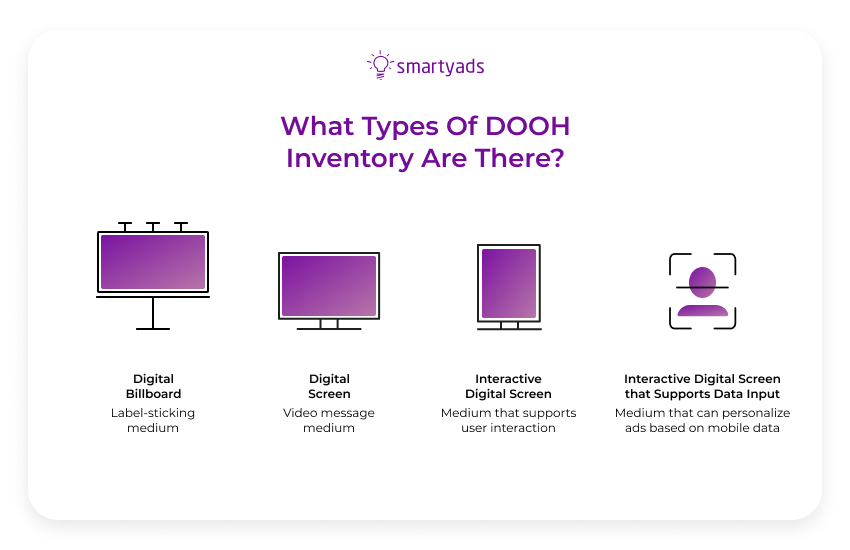 DOOH display outdoor advertising has been here ever since customer data started fueling the majority of ad campaigns. The data-driven approach made it possible to display ad content to users while turning the simple OOH (out-of-home) billboards, bus stops, and street furniture into interactive playgrounds (by targeting screens across a wide range of ad networks).

The road to DOOH's programmatic future 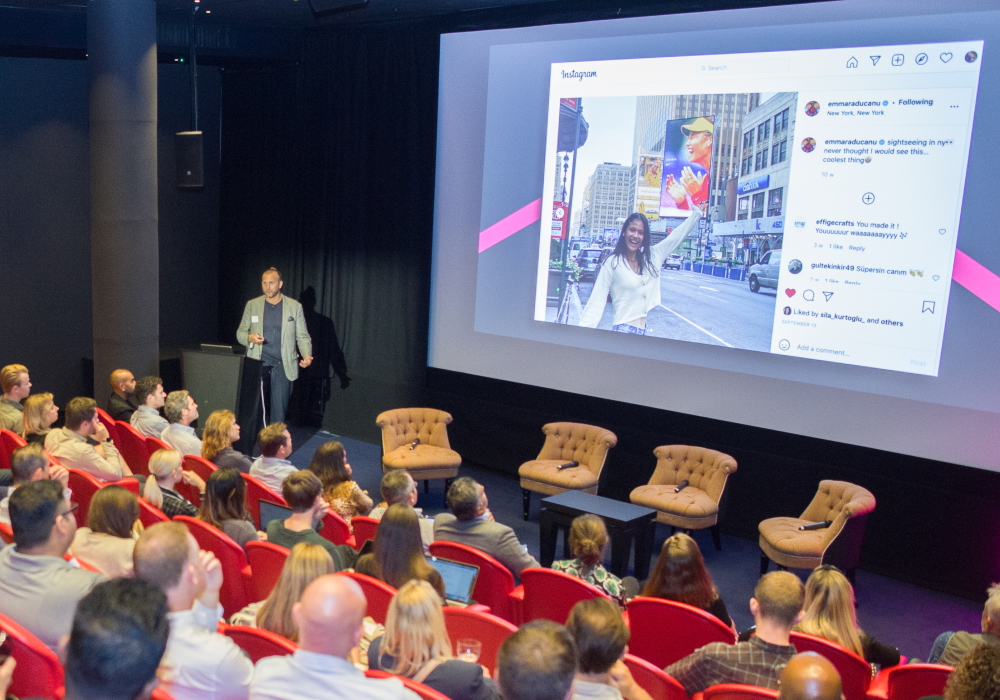 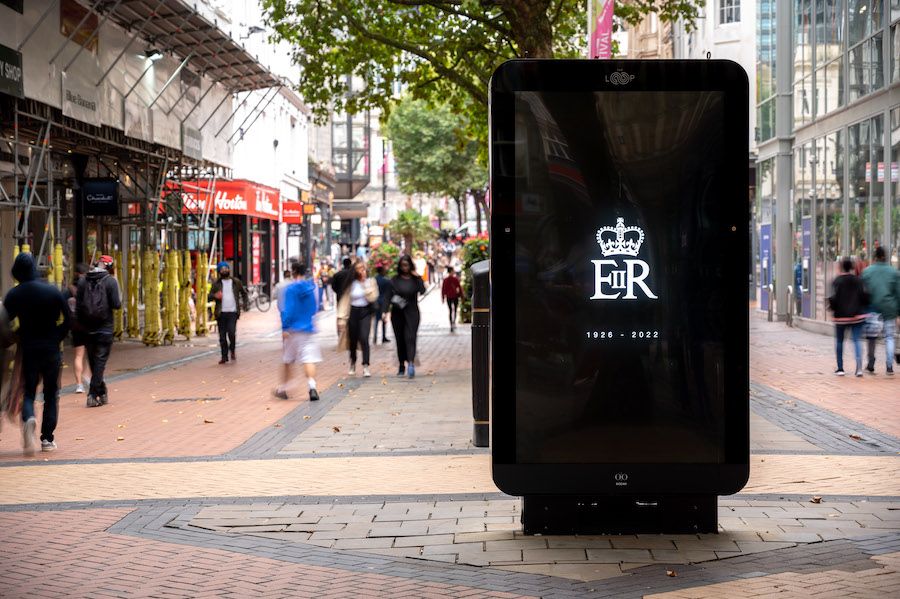 Billboards around the UK stopped running ads during Monday’s state funeral of Queen Elizabeth II, in a mark of respect for the country’s longer-serving monarch. Instead, many were replaced with a simple back screen bearing a graphic of the royal crown, the abbreviation ‘ERII’ and ‘1926 – 2022’.

QMS’ new City of Sydney digital street furniture network, a month after its official launch, is seeing a high level of demand for the rest of 2022 and into 2023.

In what JCDecaux dubbed one of its most eye-catching campaigns to date, Hennessy brought middleweight boxing superstar Canelo Álvarez to life at Los Angeles International Airport (LAX) in advance of his highly anticipated third fight against Gennady Golovkin last weekend (again won by Álvarez).

The WOO global database holds all our information gathered on research, legislation, case studies and general industry data, organised by country. All documents are available for members to download in pdf format.

Click here to find out more about WOO membership and benefits